First let me say thank you to everyone that has offered me a word or two of support, or sent me donations. You have no idea what a difference this community has made in my life.  One or two in particular but all that have been so kind as to walk this difficult road with me and have a special place in my heart.

Your help couldnt have come at a better time.  Ever since I got my car I noticed a slight popping sound any time I made a hard left turn.  I know nothing about cars and it didn’t sound menacing. Not to mention at the time it was the least of my worries since I was facing the possibility of homelessness again.

The living situation offered to me  that seemed so kind turned into a nightmare ( I touched on this in my previous post ).  I was out in the middle of nowhere, down a mile long gravel road, in eye shot of the Ohio River. Its a gorgeous place.

He didnt honor any of the promises he made to me regarding personal space and swore he wasnt the type of guy that would get physical.  He was an existing client that i genuinely enjoyed spending time with.

Part of the deal we made was that any time he was in the mood as long as I was available he was more than welcome, Morning, day or night.  Nothing hotter to me than my own submission.  So I said if  youve cleared the night with me and can get away to wake me by climbing imto the bed and sliding his dick against then into. my wet pussy or gently brushing his dick on my lips so i can give him  a sleepy blow job.  He was welcome.

In turn he would provide a safe livimg space for me with no interference when it came to me working to achieve independence.  Unfortunately, he began stayingi which he wasnt supposed to be doing.  His decided he was going to leave his wife ( without asking me if i wanted a real relationship with him, I didnt ) He took and hid my keys, wouldnt allow me to leave, began screaming at me and pushing me around.  Pushed me into door jam and bruised my face then when I was down kicked me.  There were several other altercations.  It wasnt until there was an emergency in his family that provided the opportunity for me to run and help from a dear friend here.

When i got away and spent a few nights in car and it became apparent something was seriously wrong with my car it felt like i was driving on skates. If i ran over a ladybug it felt like a concrete block.  So i went to ken towery only to be told it would be 1600.04 to get front tires, ball joints, brakes, alignment… I could be missing somethings. They said it was highly dangerous.  So every penny I had and some donations that ironically came in that very day.   My car is safe now

Im still in car broke but safe. Thank you. Things will get better. If you wish to offer a kind word or donate Paypal joann.millerx2@gmail.com or 5025374802 Social Manage is name on Paypal thank you 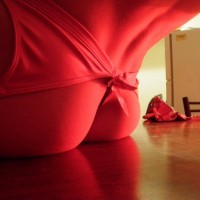